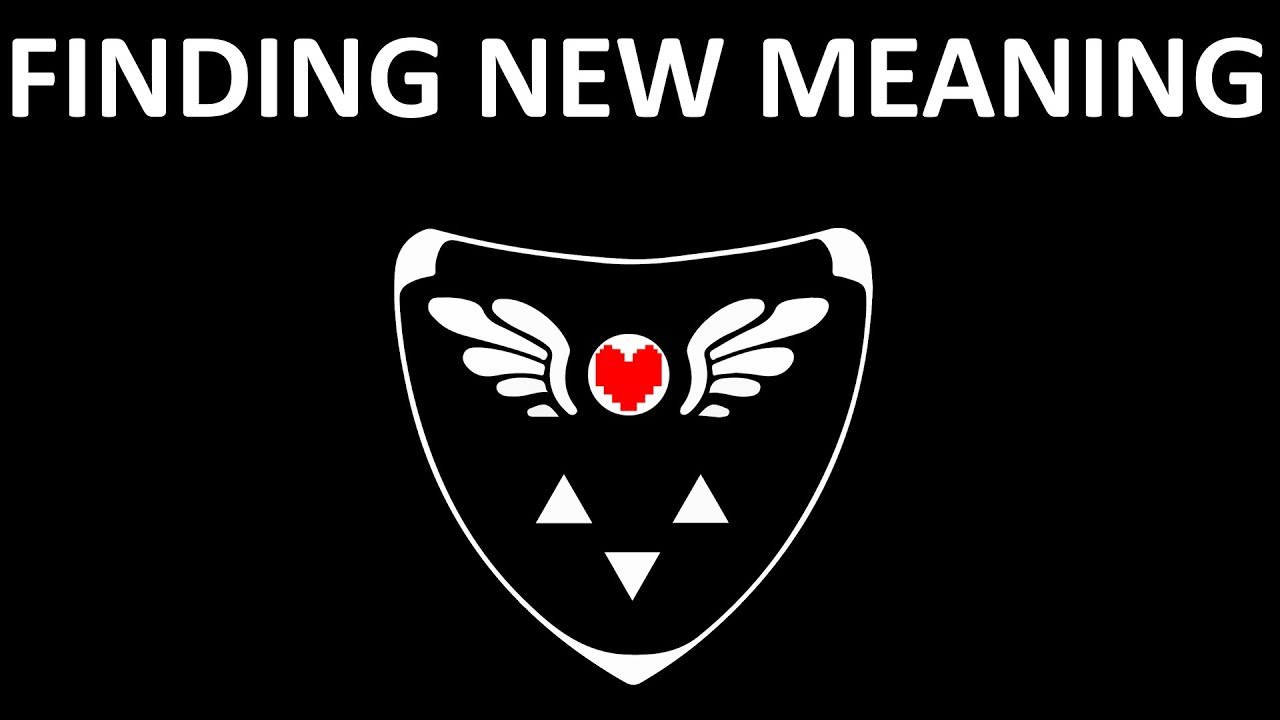 There’s plenty to talk about with Delta Rune. I could talk about the vastly improved combat system with some unrealized potential, the general polish upgrade, the funny and charming writing Toby Fox has become known for, or the argument about whether this is a sequel or prequel that Toby mercifully killed shortly after release. But I’d argue there’s a far more pressing question.

What is the point of Delta Rune?

And I swear I don’t mean that in an insulting way. It goes beyond trivial answers like “doing something nice for the fans” or “just for fun”. I’d argue that the evidence points towards this being a meaningful evolution rather than an expansion pack. So that begs the question.

What is the point of Delta Rune?

Undertale had a point. It had several points, because as a great man once said, Undertale is a game about many things. It’s about subverting your expectations, it’s about permanence of choice, it’s about depression, it’s about connecting with others.

So what is the point of Delta Rune?

The reason this is such a nagging question is that Delta Rune holds so many of the systems Undertale used to pull its many tricks. Undertale was a tricky game, but it never pulled the same trick twice, and everything points towards Delta Rune holding up this tradition. So fighting versus sparing is back, but that doesn’t appear to be crux of the game’s moral choice system anymore. There’s a sprinkling of meta humor, but no save-reliant secrets or time-twisting plot revelations. There aren’t even multiple endings.

But really, why would there be? The audience knows what’s up now. Most people probably went full pacifist on their first run, because hey, it’s Undertale, of course I’m gonna go pacifist. And that’s part of the point, I think, and why it’s a remix instead of a direct continuation. It’d be hard to think of something more pointless than another game with the same gimmicks but none of the surprise.

Thematic analysis of the game is still rolling in right now, but a lot of people seem to be saying that choices not mattering is a theme. That would be a pretty lame theme if you ask me, and kind of missing the forest for the trees. Yes, that is a concept directly mentioned in the dialogue and an idea supported by the gameplay, but it’s not building towards anything. There would be no point to a theme like that. Instead, you have to take a step back and consider the context of this game’s release.

About 24 hours after Delta Rune dropped, Toby Fox released a post-mortem of sorts talking about the creation and future of Delta Rune. Out of everything he said, the way it ended was what stuck with me.

“The expectations for my next work would be really high, so high that I knew that no matter what I did, I felt like people would be underwhelmed. If you played Undertale, I don’t think I can make anything that makes you feel ‘that way’ again. However, it’s possible I can make something else.”

A simple truth that can be hard to avoid is that there are times when the things you love are never coming back. There are a few ways you could take that, but when it comes to media, it means that there will be certain works that have an utterly unique effect on you, and some people try to chase that. It can take the form of buying sequels, participating in fandoms, or even something as simple as replaying, rereading, or rewatching over and over. Sometimes the recreation works well, other times it doesn’t.

I can’t imagine how nervous Toby must have been with releasing this demo. I feel like I relate with him a bit, despite us being on far different levels. Having an unexpected runaway success followed by pressure to recreate that success can be stressful, especially if you feel that caving to that pressure won’t be very creatively fulfilling. It’s hard to move on, but you just have to trust that enough people like your work for your own personal touch.

We ultimately give our own meaning to the art we consume, and to me, this was the meaning, or indeed, “the point” of Delta Rune. Not in anything explicit in the text, but in the metanarrative of its existence. Despite appearances, it IS a departure. This supposed theme of choices not mattering only exists because it contradicts Undertale’s strong emphasis on choice. All of trickery that we had gotten used to is gone, but despite all that, Delta Rune is still good! Toby Fox’s quirky and funny writing and the varied gameplay full of twists and turns, the real substance, is all still there. It’s the fact that there’s still a good game even when the gimmicks are gone that makes a statement. It’s the game telling us that it may look different, but it’s the same where it counts.

One thought on “The point of Delta Rune”