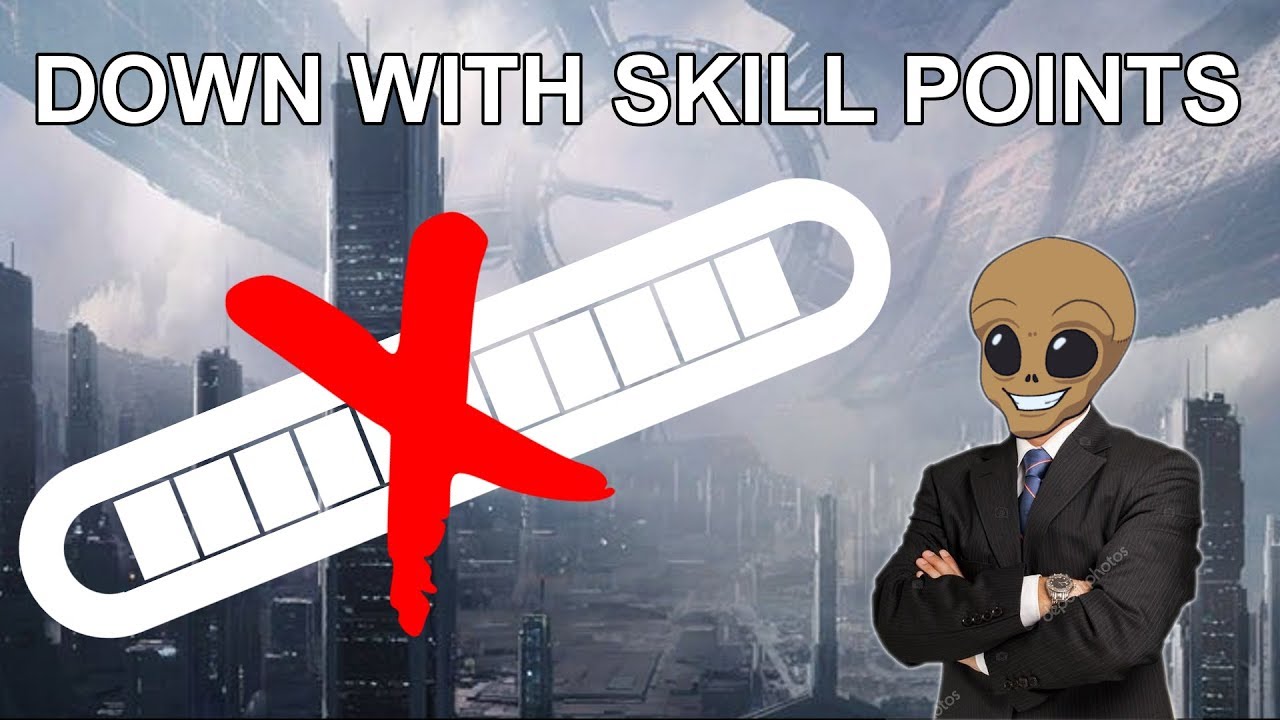 Welcome to Subjective Objection, where I present my opinions as facts.

That should have read “a new maybe-series of bite-sized editorials giving the hard sell on completely subjective gaming-related points”. Today’s topic I want to address before the jury: skill points.

We’ve all experienced it. You’re plodding along in an RPG, grinding mobs and hunting for rare drops, when suddenly there’s a flash of light and an angelic chorus. It’s time for the only thing it this game that makes you feel anything anymore: level up time. The next time the fighting dies down you open up the character screen and peruse your options. Let’s see, maybe an extra 2% evasion, another 10 HP for the pool of 200, or… ooh! A bonus 5% damage for your favorite weapon class! And then you close the window and resume grinding. Nothing has really changed.

Almost every RPG does this, going all the way back to GURPS or Dungeons and Dragons. Your proficiency in various areas is measured in minute little units, and leveling up consists of building them up bit by bit for tiny incremental bonuses. On this topic, I present my professional opinion: it bores me to tears.

Look at this shit

Basically, it comes down to a question of numbers, and the feeling of treading water. A lot of RPGs have some sort of level scaling, where enemies get stronger as you do. If you level up and choose a 5% boost to damage, while all enemies get a 5% boost to health, we’re right back where we started, aren’t we? Oh, but I hear them say “it’s all about the end game builds! I gotta fine tune how I want my character to play! Getting my damage from 120% to 125% at the expense of 10% max health was what gave my setup the edge it needed!” The prosecution finds this argument lacking.

It’s only natural that enemies get harder as the game goes on, but what should make the difference is either having more options or having a strongly defined play style with definitive strengths and weaknesses. Take the first Divinity: Original Sin, which I’ve been replaying on hard mode lately. As you progress in that game, you get better at combat because you edge out enough damage focus to kill enemies in 3 hits instead of 4. It’s because you now have a greater array of abilities that can counter enemy strategies. An enemy standing in fire may once have been daunting, but by the end you can extinguish the fire, teleport him out, hover over the fire, or just spawn a big bomb right next to him.

Not every game has to work like that. You can still do builds that focus on altering numbers, but they have to be substantial. Take a look at Mass Effect 3 (the prosecution is aware that there’s a more recent game in the series, but come on, I saw the writing on the wall before it came out so I haven’t played it). Late game level up choices are a big deal in that game. Take the throw ability, which throws a simple magic missile. You can either give it an insane 40% damage boost and obliterate everyone in your path, or if that’s not your thing, give it an area of effect and blow away entire regiments. And then on the very next upgrade, you can up the damage of explosive combo attacks by an unbelievable 50%, or alternatively make combo attacks reset your cooldown so you can become a nonstop machine gun of psychic explosions.

The thing about Mass Effect 3 was that each skill in that game only level up six times. So even though only half of the level ups had choices like these, even the ones without choices made massive strides in the ability’s usefulness, which had particular significance in the multiplayer where your points were finite. And it just left me wishing that every game could do something similar. Cause in that game, you really did have builds. It wasn’t about minmaxing for marginally different numbers, it was about making significant changes to the governing mechanics of a character.

Skill points at their worst are ultimately about consigning gameplay to the operation of numbers. Putting more emphasis on them means less emphasis on mastering a game’s more interesting systems. Obviously every game is just numbers behind the scenes, but this is ultimately a question of abstraction. Do we put the focus on those numbers, or the more abstracted yet more organic parts of the experience?