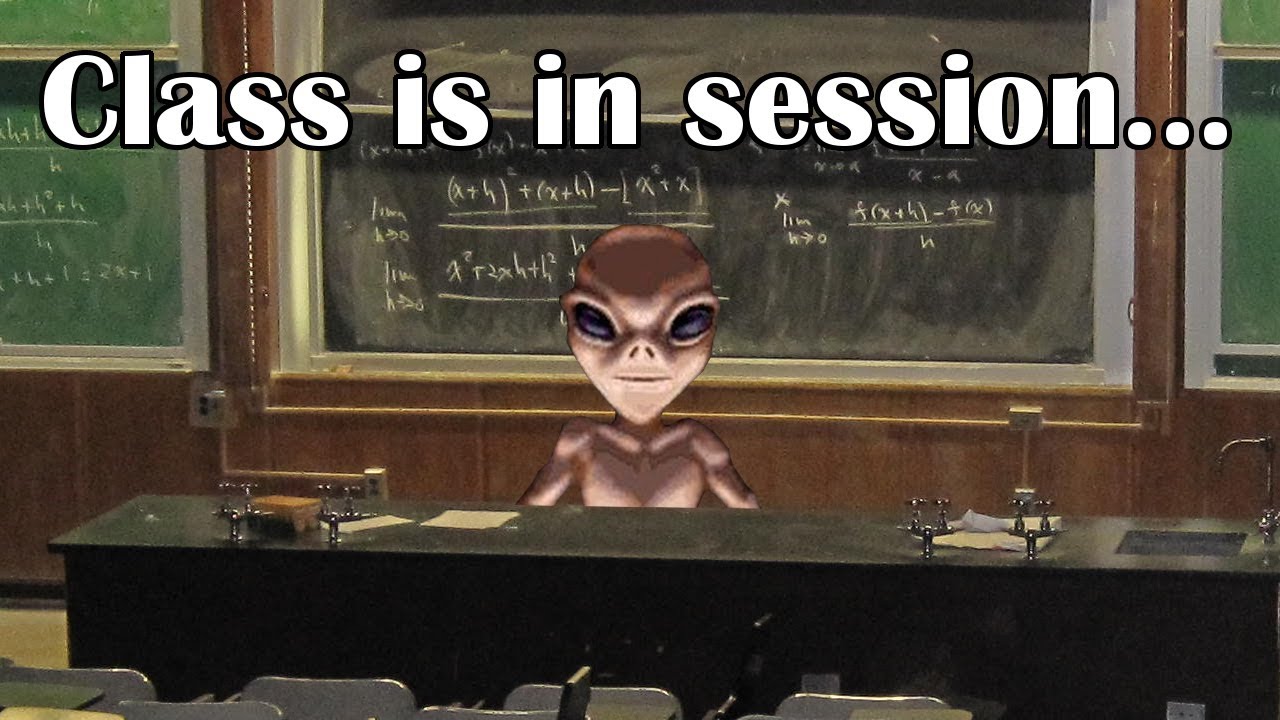 It’s not exactly controversial to say that X-COM: UFO Defense (or UFO: Enemy Unknown) is a good game, nor that it’s influenced, to varying degrees of directness, other good games. I personally love the new XCOM games, but there’s always been a distinct difference between old and new. Even Xenonauts, a game that’s basically UFO Defense with a fresh coat of paint and a few upgrades, feels distinctly different.

It’s a question that’s bothered me for a while, trying to figure out just what this weird little game got so right that it still resonates with me after all this time, despite having first played it long after it was released. Other games still do all the things that you’d think of as central to UFO Defense’s identity – the turn based tactical combat, alternating between fighting on the ground and managing a global organization, and working to stop a nebulous and unknown extraterrestrial threat. I can only conclude that what really stuck with me about UFO Defense was in the small details, and none of its successors got all of that right, intentionally or not.

That last bit is actually something I want to stress. Games inspired by UFO Defense aren’t necessarily worse for having different design goals. For the modern games in the franchise in particular, it’s clear that they were trying to be distinct games rather than straight remakes. I’ll talk about this a little more later, but for now just keep in mind that whenever I bring up differences it isn’t an indictment of other games that don’t do the same thing.

Something I keep coming back to when thinking about UFO Defense’s little details is how it presents its soldiers. In contrast to basically every other game like it, you don’t actually see their faces when looking at their stats in the barracks. In fact, the ONLY time you see their faces is when equipping them right before a mission, and even then there are only half a dozen of them to go around. Anyone who’s played UFO Defense can tell you that you’re encouraged to have a rather cold view of your soldiers. Not just because even the high ranking ones could die at any moment – I’m pretty sure if I were a real military commander I’d have been court martialed fifty times over for some of the shit I pulled. Suicide charges were the least of these guys’ worries when I’m in command. And do I even have to say anything about rookies? I think the fact that common community advice for dealing with an entrenched position is to send in a rookie with a gun in one hand, a grenade in the other, and the pin in his teeth speaks for itself.

When a soldier dies, it’s almost shockingly quick. A fall to the ground, a scream, and a quick text window informing you who won’t be coming home tonight. There’s no musical cue, no reactions from the squad (unless they’re panicking). It’s almost surreal, how quickly a soldier that you’ve been going on adventures with for the past ten hours can be snatched away from you just like that. And you can replace a soldier, a human being, the lifeblood of X-COM’s operations… for 40 thousand dollars. Just a bit above the cost of a new laser rifle.

It’s not uncommon to view your soldiers more as a resource than your prized operatives, but that’s practically necessary. Because death comes so easy, and high-rank soldiers don’t have the same level of protection other games in the genre might give them, this war is a meat grinder. When looking back on my first UFO Defense playthrough, I realized that the first soldier from my final roster didn’t appear until over halfway through the game. And even he ended up taking an unlucky shot right before the final mission, landing him in the sick bay for three months while everyone else went to save the world.

Modern interpretations of UFO Defense have a much stronger focus on the soldiers. The remakes go pretty far with this, letting you customize their appearance and giving them fun abilities as they level up. It’s perhaps a necessity with the advancement of graphics, since now that your soldiers have faces that you can’t count the pixels on you have to characterize them at least a bit. The obvious side-effect is that you get significantly more attached to them. I know I’ve certainly gone back on a save to prevent the death of a soldier I liked (and anyone who said they haven’t is lying). Not that this doesn’t happen in UFO Defense, but it’s less likely since your soldiers are portrayed as just tools. In my mind the relationship goes something like this: more characterization for your soldiers means more attachment. More attachment means trying harder to keep them alive. Trying harder to keep them alive means that you savescum, and savescumming means that the war with the aliens feels less savage, and your soldiers feel less vulnerable. So in a weird way, I’d say that UFO Defense’s low graphical fidelity and recycled soldier faces are actually strengths in creating its intended experience of a brutal war story where no one is safe. Obviously other factors are in play here, but never underestimate player psychology. This is perhaps the single deciding factor in how the player behaves in regards to trying to keep their soldiers alive. It’s the difference between breaking cover to kill an alien that’s mind controlling someone, and just killing the mind controlled soldier to keep them from jeopardizing the mission.

My name doesn’t match my face? Yeah, I get that a lot

Another important detail is the collective all the annoying little things about UFO Defense. Anyone who’s played it can name a few. Buying individual magazines and making sure they’re stocked on the Skyranger, micromanaging your scientists and engineers, and how every little action in the missions, from firing to throwing a grenade to tossing a spare rifle to a teammate, has the potential to go widely, and sometimes catastrophically, off-target. The biggest thing that really defines UFO Defense is that, above all else, it’s a sim game.

When I mentioned the core concepts of the X-COM franchise earlier, one of them was managing a global organization. Most games interpret that as building a base, training your troops, and keeping an eye out for aliens to kill. Very few of them think to ask how you’re going to fund the whole thing. Most games in this genre have the “grey market” or equivalent, where you can sell the various artifacts you’ve come across, but in UFO Defense, it’s practically essential to your operations, because the game’s base income is not nearly enough if you really want to get stuff done. For most players, this means setting up some sort of production line, or sometimes an entire base, dedicating to manufacturing technology to sell in order to fund your alien-killing endeavors.

It’s just one little extra bit of “realism”, so to speak, that elevates the management aspect of this game beyond a detached base building minigame. One of the greatest strengths of the X-COM franchise is how its various aspects all tie together – you shoot aliens to get tech to build better guns to shoot more aliens. UFO Defense takes it a step further by tapping into that all-important emotion: greed. There isn’t enough money or resources to go around. Your organization is always operating right at the brink, but if you take that one extra risky move, you might gain the edge you need. This could mean taking an uncertain shot over more reliable explosives to try to kill an alien without damaging valuable artifacts, or chasing down a battleship that you know you aren’t equipped to take on because you need to capture a commander to rush the endgame.

Games like Xenonauts still manage to tap into the occasionally wacky scenarios that UFO Defense’s simulated bullet ballistics could provide. Having dice rolls determine if your shot will hit is easier to understand and easier to plan around, but I almost wonder if UFO Defense’s obscurity and unpredictability is actually its real secret sauce.

Consider what I said earlier about a core tenant of this franchise’s identity being fighting a nebulous and unknown foe. What most games take away from this is that you’re constantly learning new things about your enemy, and that they have an obscure agenda, gameplay-wise, that you must react to and contain. The issue is that both of these aspects fade over time, and especially once you start another playthrough. You already know the ins and outs of how each enemy unit works, but more importantly, the aliens’ agenda is more easily decoded. This was very apparent in XCOM 2, where the aliens follow a very rigid schedule of terror missions, covert ops, and advancing the Avatar project. This isn’t to say that UFO Defense didn’t suffer from this to some extent. In fact, the only official game that manages gets away from this to some extent is the War of the Chosen expansion, which adds unique enemies that have active schedules and try to subvert your operations.

So if all the games, old and new, have this problem, why is it considered so central to the franchise? Well, think back to what I said about the inherently chaotic nature of UFO Defense’s gameplay. Essentially, we can think of it that this game made itself TOO complicated. There are too many moving parts for you to predict everything. Things like randomly generated maps, for instance, aren’t exactly a unique concept, but when combined with crazy ballistics, smart AI, and occasional wild cards like the night missions, it meshes perfectly with a game that’s all about the mystery. If UFO Defense had been more intuitive (and yes, this includes the nightmarish interface), it might have lost a little bit of that lasting obscurity to its design.

So where does that leave us? It seems that so much of what makes UFO Defense good is that it’s an old-ass game and that its design just happens to work well with its limitations. Does that mean that we’ll never see another game that captures the same magic? Well, call me a pessimist, but I say no. But as a caveat, I don’t think that this is as grim as it sounds. One of the things that holds back, say, Xenonauts is that it’s trying to recreate the same experience under a different set of conditions. It’s still good, but it couldn’t hope to be the same because the times have simply changed since then. The 2012 remake and its sequels present an alternative path – chase the spirit of UFO Defense, but don’t chase the original design. That’s why we got a series of fantastic strategy-RPGs, instead of strategy-simulations whose similarities to the original would only magnify their faults. Almost every attempt in any creative medium to make lightning strike twice has failed, which is why I’m actually quite happy to leave UFO Defense where it is. We may never be able to recreate it, but we can still go back and play it, and most importantly we can still learn from it. Not only from its many quirks that can be reincorporated elsewhere, but from this idea that a game’s overall experience is the sum of all its moving parts working together. If you try to make it again without all the parts, you won’t get the same result.